"Out of the fire, and into the pan.
Of yellow and blue, exists such a man
That 5 tiles appear wherever he goes.
Of what I am on about, I hope he knows.
He is sorely missed, or at least I do,
...Nobody inspires me as much as you do.
I remember those puzzles, those ditloids and such.
And often your humour could be rather much.
And even though know it's been over four months,
I hope you have not forgotten what you have done.
And that whatever you do and wherever you are,
To me you will always be little hoohah."
Yep, so there I was, browsing Facebook, when BAM! a wonderful fella by the name of Chris posts a nice little gem of a poem wishing me to make some more maps, like, ASAP. Well, wouldn't you know he just so happened to inspire me to procure a small plethora of levels? Yes, yes indeed. Apparently I've still got something left in me. So hugeeee ded to this ChrisE dude for being cool like that. This little doohicky is for you :D

9 maps, playtested rather vigorously by my standards, and given a nice little setting in notepad to relax in. Took me about a day to compile everything and make it look pretty. Maybe 2 for the actual map-making. Enjoy, everyone. (:

I know that the set up is a little difficult for userlevels adding, but honestly, it's 9 maps. I won't be insulted if you don't add them to your files, promise :]

They'll be out on NUMA soon enough.

Well, what can I say? Three things.

3) The reactions. I have AGDs for ALL of them.

Jungle Walk - A nice, simple opening, but fuck is that chaingun deadly. It picks you off like a leopard getting a twig out from underneath its claws...

Intense In Tents - I don't think this could be more contrasting to the first one, took me about 20 tries to get this AGD, the drones kept being lured above the thwumps. I like the mechanisms employed here, and how the chaingun is only really a threat if you stand still.

Divergent - As you can see from my demo, I worked out which switches were necessary in the first few playings, and after that it's all hell to avoid the bullets. I think I did well. Also, It's pretty. <3

The Bullion Seeker's Dilemma - Another relaxing map, I say that after finally getting into the key chamber without being shot or zapped, and then blown up. Feels adventurous.

Strolling Through Destiny's Courtyard - This feels like a Destiny map, which I'm sure is what you intended, and it feels brilliant. The only real threat is your own cockiness, which I have plenty of, so I died plenty a time trying to be too clever. My AGD is much more cautious.

The Mechanic - Finally, the all important symmetrical map. It looks beautiful, and it plays equally well. The gausses were never really a problem, it was just the fall down from top-to-bottom. SPLAT.

Electrified Contents - This is my bugger of the pack. I didn't like it very much. As you can see from my AGD, I got a bit bored of dodging the drones, so I cheated and went around the outside. Sorry!

One Way Traffic Jam - Boy, oh, boy. What a way to end the pack? A pursuing rocket, a load of bounceblocks and a piece of gold undressing in its bedroom, being perved on by the exit switch. I had great fun (eventually) dodging the rocket, collecting the gold, outfoxing the gauss and dying at the final launchpad. The AGD was from the 10th try exactly. Yeah, I counted them.

On the whole, a very professional pack. Which I will award 44/50. The aesthetics are, on the whole, fantastic. With that one exception, the gameplay is superb. My only qualm is that most of the maps, probably 5 or 6 of them, now that I have completed them, I will not return to. They don't really have the "I want to play it again and again until I get Repetitive Strain Injury" factor, which I hear is a new talent contest coming up in the Spring. Keep an eye out for it!

But thanks, hoohah, for brightening up my day. I really didn't expect the maps so soon! <3 Wow, I'm impressed! Nice job with all those demos man. I guess I understand what you mean with the low replay value thing...but thanks for at least playing it once! Haha :) 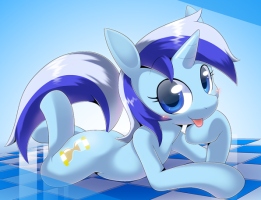 Top
Scrivener
Re: Upon Requisition <3 { Yes, Hooha made some more maps :3 }

<Uuni> i dont see the escape in religion

Nice to see you guys too :D did you play the pack?

(Strolling Through Destiny's Courtyard is incredible

EDIT: This is all great; you are stylish.
the dusk the dawn the earth the sea
Top
Hoohah2x2sday
Re: Upon Requisition <3 { Yes, Hooha made some more maps :3 }

I had to do some tweaking to the userlevels.txt, but overall a good pack.