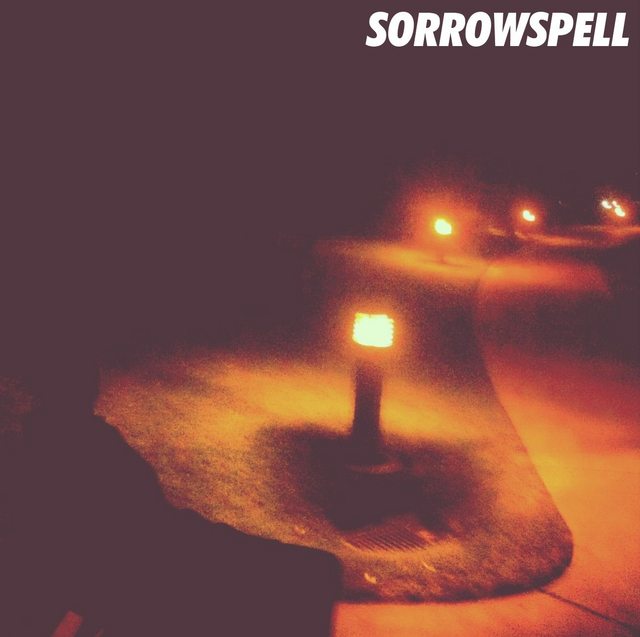 well, here we are. it's been such a lengthy process developing this pack that i can't even decisively say when i began crafting it. i'd estimate i started it in the summer of 2010. although there were many times when i figured i'd let the pack die in a dusty .txt on my laptop, never to see the light of day, i realized that would be such a waste.

SORROWSPELL is the product of over two years of my energies. never in my life have i poured so much effort into a creative endeavor. artistic ability is a quality that i have always lacked, i've never been able to draw, paint, animate, compose music, etc. however, after refining my skills through the medium of N for over four years, i've created a distinct type of composition recognizable as my own style. to me, to go from this to SORROWSPELL is incredible. no video game has come close to shaping my life in the way that N has. many potent emotions have been interwoven in these maps; from devastating grief to intense euphoria, these maps come from my heart. mapping has been an uplifting, enlightening form of expression that i will never forget.

i've spent hundreds of hours on this pack, about an hour or two crafting the map, and oftentimes a couple more hours testing and tweaking the map to my standards. i've beaten almost every single map in the pack. not being the best player out there, it took me many hours to get completions for all the maps. all that labor was for naught, as i forgot that clearing Chrome's data wipes the .sol containing my demos. that was a painful moment. so, rather than complaining about a map being too awkward or hard, just say the word and i will provide a demo. my maps tend to be linear, focused on a single, often intricate path, with other routes often being much more awkward. also, i playtest my maps for completion, not AGD, bad habit, i know. so i apologize in advance for any ridiculous/impossible gold. also, if anything is cheatable i'd love to see the demos. i have an almost OCD-like compulsion to prevent cheating in my maps. please let know if you run into any issues whilst playing through SORROWSPELL and i will do my best to address them.

you will be hard-pressed to find a pack that is as delicately crafted as SORROWSPELL is. the pack proudly features collaborations with household mappers mahi_mahi, shortshift, ChrisE, _destiny^-, sunset, and the enigmatic rocket_thumped. the image was taken and edited by me. although i originally intended the map pack to be episodic, i found it way too hard to make basic, easy levels. you guys know me! i've got an insatiable drive to make each map as challenging and complex as i can! the maps are ordered in a rough chronological order of their creation, 000 being created in the summer of 2010, and 050 being created in the the summer of 2012 (yes, the pack has been finished for months and i've been sitting on it for no tangible reason). make sure to sort by level name. the maps were developed sporadically, often crafted with days or months apart. the compelling aspect of this arrangement is that it documents the evolution of my mapping style in the past two years, a phenomenon i've always been fascinated with. hopefully, this pack proves that my maps are not always messy, difficult, cave maps. ugh. SORROWSPELL is my magnum opus, i think that these maps are significantly better than my maps on NUMA, and that my mapping has reached its peak in quality, which i can attribute to my experimentation with a more minimal approach to object placement. some of my favorites include: 004, 021, 027, 030, 033, 035, 042, 043, 047, and 049. those last few maps in the high 040s, which may be the last maps i ever make, are what i believe to be some of my best maps ever. i'd love to hear what you guys think of the new material compared to my works on NUMA.

it means the world to me to hear feedback, whether it be about the maps themselves, the transformation of my mapping style, NUMA in general, or my philosophical tower-post above. if possible, i'd like to hear your responses to these questions:

it's sad to me that the general excitement around mapping has waned in the past few years; NUMA used to be such a big part of my life. the first time i opened N was in web design in 8th grade. now, i'm preparing my applications to Berkeley, USC and Stanford. my life has changed so much since i began my time here, and i'm doubtful as to how much i'll be around in the future. i'll try to pop in with an occasional map, but for now, consider this pack as my final goodbye. the experiences i've had here will stick with me for the rest of my life; i'll always remember you guys. we never got along the best but you're pretty cool. also don't say you're leaving cuz when you come back it's super embarassing D:
Top
otters~1
Re: SORROWSPELL

sorry for always being so mean to you haha good luck in california
the dusk the dawn the earth the sea
Top
Pheidippides
Re: SORROWSPELL

PALEMOON wrote:we never got along the best but you're pretty cool. also don't say you're leaving cuz when you come back it's super embarassing D:

QFE. You'll be back. I'll be sure to sample these when I get a chance. I'm afraid I can't go into too much depth here, since I played through the pack about a month ago and am not really willing to replay it. I gave a 6. It's not indicative of the maps' scores (which would probably be closer to 8), but of the pack as a whole. I find that you have a very "rich" style; fine at first, but overwhelming in large portions. I wish that you would've went and experimented a bit, or even reduced the amount of work you put into the pack. In my opinion, it would give each map a better sense of singular identity; as it is, they're all over-Radium-saturated - they're "a Radium map" instead of "that Radium map". I appreciate the use of minimalism in ~40-50 (which indeed were better than most others), but they still had that scrawny, giant-line-of-one-ways look to them.

Was it too hard? It's hard to say, since it's better to ask if it was too frustrating. Chaingun maps easily took the cake for being the hardest, and they seemed to be used so often that they were more frustrating than they had to be. I'd say that the majority of the maps were satisfying at least; it was worth it to play them as much as I did.

Hello. You have a very unique style.
Some demos.